In Memory of George Floyd

Do the best you can until you know better.

Then when you know better do better. 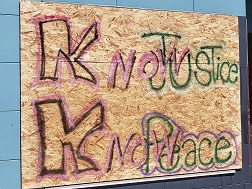 Though we offer condolences, we do so knowing that our thoughts, words or prayers mean little without our commitment to doing the anti-racism and equity work required for change that might begin to dismantle the institutionalized, systemic racism that manifested in Mr. Floyd’s murder.

Ampersand Families understands that Mr. Floyd’s murder, like that of Philando Castille, Michael Brown, Kendra James, Sean Bell, Eric Garner, Alton Sterling, Breonna Taylor and 100s of other Black Americans, is not an isolated incident committed by a few rogue officers, but a symptom of systemic, institutionalized and historical racism borne at the founding of this country and living robustly today.   That racism has been built into the structure, procedures and, too often, personnel of our law enforcement agencies.

It is critical that all Americans work to understand what systemic, institutionalized racism is

The fact that Black Americans cannot safely go about their lives without threat of self-appointed vigilantes confronting and, often, killing them is a direct result of systemic, institutionalized racism.  It leads (usually) White citizens to believe they have the right to intervene, often violently, in the lives of their Black neighbors. Ahmaud Arbery jogging.  Trayvon Martin walking home with a bag of Skittles. Christian Cooper bird watching. Families barbequing in the park.  A graduate student napping in her dorm community room. My colleagues driving home from their visits with youth and families.

The appalling health disparities that now result in COVID-19 ravaging the Black community at rates multiple times its impact on the White community is an inevitable outcome of healthcare policies and environmental conditions that, structurally, deny equitable access to Black Americans.  Three hundred years of structural oppression has resulted in appalling educational disparities that leave the kids from Minnesota’s Black, Indigenous and People of Color (BIPOC) families behind at every step.  Racism is why so many of our BIPOC neighbors live in food deserts without access to a grocery store. It’s why so many people cannot support their families despite working full-time, or more. Structural racism is why Minneapolis is consistently listed as one of the most segregated cities in the country – with rates of Black home ownership at less than 1/3 that of whites and Black residents disproportionately living in high density housing (also increasing their COVID risk) – the legacy of redlining persists.

Institutionalized racism has restricted Black, Brown, Native and Latinx children and families from accessing virtually everything families need to succeed (housing, living wages, access to nutritious food, equitable education, equitable health care outcomes, safe environmental conditions, community amenities like parks and swimming pools, affordable child care) – it is incredibly difficult to parent children when you are blocked in by barriers on every side.  This reality has resulted in Black, Brown, Native and Latinx children being removed by child protection in numbers stunningly disproportionate to their representation in the population.   Ampersand Families is part of the child welfare system, and restates our pledge to help dismantle and redesign the practices that further hurt families.

The sad reality is that throughout its history, our country has used the threat of removal of children to attempt to control the behavior of Black, Brown and Indigenous people.

From the moment Africans were stolen from their homelands, chained together, packed into the bowels of ships to cross the Middle Passage their right to parent their children on this land has been threatened or denied.  The slave trade tore children from their mothers as routine in transactions of the sale of human beings.  In 2017, the New York Times published an article that eloquently and painfully described the experience of women losing their children despite trying desperately to comply with child protection expectations.  The article referred to child protection and foster care as “The new Jane Crow”.

People indigenous to this land continue to bear the scars of the genocidal, systematic removal of their children for placement in boarding schools and forcible adoption into White families that lasted 100 years from 1860 well into the 1970s – all with the explicit goal to ‘kill the Indian, save the man’.   Currently, our national debate on immigration is manifesting in children being separated from their parents as a prevention strategy to dissuade people from seeking asylum in this country.  Further, we are holding those separated children in deplorable conditions, including ‘cages’.

If we are bold and brave, we must acknowledge that child separation has been used as a tool for social control in the United States.  We know better.  Now it’s time to do better.

Many well-intentioned and kind people are part of the child welfare system.  Ampersand Families is part of that system.  The problem is that the child protection and child welfare systems have not always operated as if they understood the context in which our work is done. Policies and practices that were created to help families missed that the problems families were having could only effectively be addressed by fixing systemic racism and increasing equitable access to the abundant resources of this country.  We too often address symptoms that show up in families who are struggling, and hold them accountable to fix problems that are actually systemic and societal.  Because of that, youth and families have often suffered as a result of our ‘help’.

Now we know better.  We have to do better.

Ampersand Families has a responsibility to be part of the solution

We know that change can only come if child welfare organizations speak up and bravely challenge the status quo.

Ampersand Families understands our responsibility to be part of the solution and part of dismantling and redesigning the practices of the child welfare system that perpetuate inequity towards Black, Brown and Indigenous families.  We commit in this statement to leveraging our organizational influence to advance anti-racist practices and to begin repairing the damage that has been done.

Over the past few years we have served an increasing number of relatives who are seeking to be considered as a possible placement of a beloved relative child who has been removed from their parent/s.  We remain steadfast in our commitment to ensuring that relatives have access to a fair process of consideration.  Far too often we see grandmothers and aunties dismissed without receiving even a minimum of consideration.  We believe that the child welfare system does harm when children are severed from relatives, kin, community and culture as a result of our intervention and placement.  We also believe that the child welfare system does harm to children who end up spending too many of their childhood years bouncing around foster care, group homes and institutional settings.  We commit to being part of innovative thinking and program design to return and keep children in their families.

Of immediate concern to us right now are the youth and families we serve. We are reaching out to parents to help them navigate the excruciating conversations they are having with their children this week.  In particular, white people who are parenting youth of color have an urgent responsibility right now and we are providing resources to support both parents and youth.

Our youth are afraid and angry right now.  As an organization we are doing our best to make sure they (and the adults around them) have access to the support they need to make meaning of the current time.  Youth who have experienced child welfare intervention must be some of our most important guides as we envision a new future of how we, as a community, strive to keep children safe.

Ampersand Families calls for all possible charges and swift justice to be delivered to Derek Chauvin and the other former police officers involved in the abhorrent murder of George Floyd on May 25, 2020.

This week we bear witness to the trauma inflicted by systemic racism and oppression as it manifests on the streets.  As rage and despair flow in Minneapolis, St. Paul and around the country and world, we plead with police, National Guard and protesters to exercise restraint.  We urge leaders from the community and police departments to seek guidance from professionals who can help implement trauma-informed de-escalation strategies to help both protesters and law enforcement to calm and regulate during this frightening situation.

Today communities are being terrorized by what appears to be organized groups who are not part of the legitimate upswelling of voices demanding justice.  Ampersand Families calls on law enforcement to act swiftly to arrest and charge the people who are targeting, burning and terrorizing in predominately Black and immigrant parts of our community.  Do not allow them the continued protection of White privilege that has made it possible for these groups to organize, arm and foment violence and hatred across the country.  The very existence of these groups is further evidence of the most violent forms of racism in America.

We ask city and state elected officials to, finally, direct law enforcement agencies throughout Minnesota to conduct internal reviews of policies and practices that enable officers to kill unarmed citizens in the course of arrest.  These practices and policies must be replaced with demilitarized approaches that restore justice for all communities.  Further, law enforcement agencies must be compelled to consistently hold accountable officers known to exert excessive force and those who demonstrate racial prejudice in performance of their duties.  The Minnesota Department of Human Rights’ recently announced investigation is a good start, but only helpful if systemic change is compelled as a result.

We know better.  We must do better.  Now. 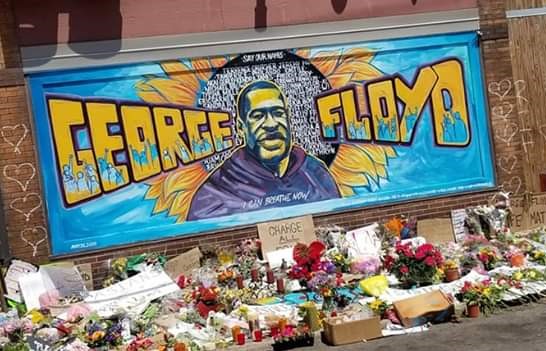 About Me Michelle has worked with youth in out-of-home care since 1989, her child welfare career has included front-line staff positions in residential settings, a home-based intensive supervision worker, and youth development work in a therapeutic foster care agency. Prior to co-founding Ampersand Families in October 2008, Michelle directed The Homecoming Project, a federally-funded Adoption Initiatives program to increase adoptions of teenagers from Minnesota’s foster care system. Read More