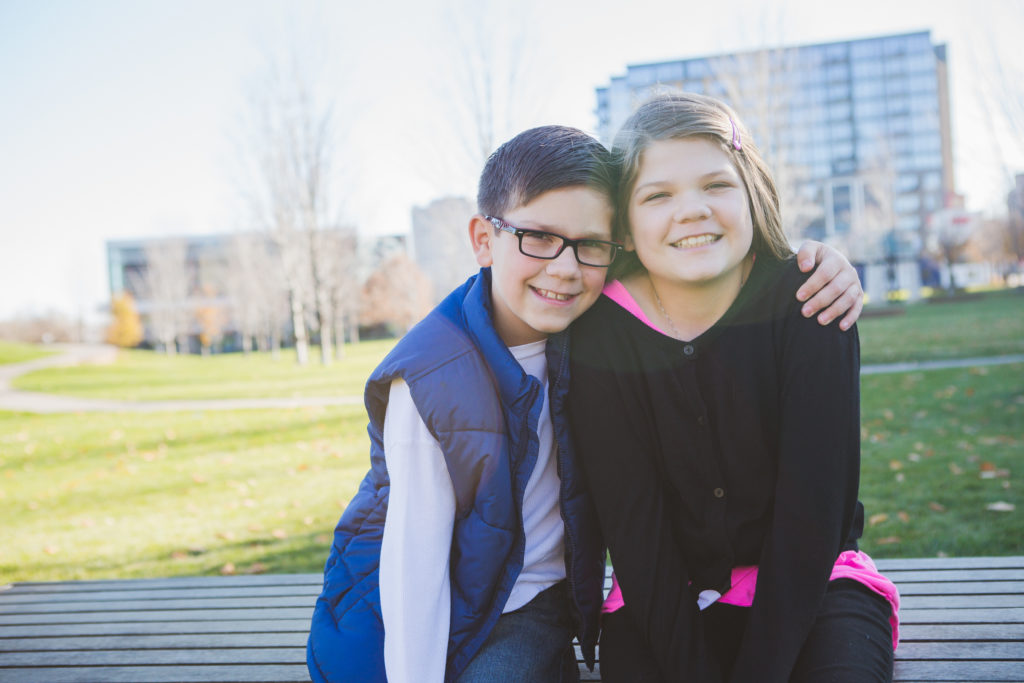 In this work, rejection, disappointment, and plans falling through are almost daily occurrences. There are hundreds of families wanting to adopt in Minnesota, but only one of them is going to be the family for any given child I work with. The most carefully laid plans, the seemingly perfect match, the most genuine hope of all parties involved – none of these things are guarantees. Swimming through that sea of rejection can be demoralizing. Every time a plan falls through, I have learned to tell myself that I haven’t lost something; rather, this wasn’t meant to be. This child didn’t lose a potential family – they remained available for the day they meet the family for them. Sometimes I tell myself this and it sounds hollow, I’ll admit. But I know it to be true, and I know it because of cases like this one.

Over the course of this case, I spoke to fifty different families for these two children. Each rejection stung, some more than others. One family scheduled a meeting with us twice, and then cancelled twice, due to unforeseen circumstances. And for a year, that was the only family that had even come close to meeting with us.

Eventually, we found a family that seemed perfect. At first, they only asked about Josie. We met with them several times, and each time came away more impressed, more hopeful, more excited about the day we could tell Josie, “here they are.” They stoked our hope even higher when they asked if we might reconsider placing the children together, because they would happily take Chris as well. We had, behind the scenes, been rehashing the decision to separate them, so their question seemed pre-ordained. And even if it turned out the children couldn’t be placed together, another option suddenly appeared for Chris, somebody in his neighborhood who knew him well and whom he loved. Surely this was a sign! Everything and everybody we needed had appeared all at once. We had everything cinched.

In the middle of all this, I received emails from John and Heidi, asking about Josie, and the Ben and Amanda, asking about Chris. I’ll admit, I almost didn’t meet with them. We had put so much time and energy into these other options, it seemed foolish to bring more people into the mix. As it was, we were so certain that one of these plans for Chris was moving forward that we told Ben and Amanda they could only look at Josie for the time being. Everybody still wanted to meet. I went through the motions of scheduling, feeling it was perhaps rude to these families to waste their time, since clearly everything was going to work out with these other options. But, I decided, if I’m going to tell myself in hard times that nothing is a guarantee, I may as well tell myself that in good times, too.

Our schedules were terrible. All of us only had one small window open during the entire month. It was unthinkable to make two families interested in the same child meet at the same time. How awkward! They would be in competition! But, I thought, what if? What if it all falls apart? Clearly it won’t! Obviously! It can’t! But what if? Maybe, just maybe, these two families could be a Plan C. One could take Josie, the other could take Chris, and they would live in the same town together. And in that case, I’d better see if they can get along together in a very awkward situation.

We had our joint meeting, and I was impressed at how well they were able to get along in an extremely unusual situation. I’ll admit, I still didn’t think they would be our options. I walked out of that meeting imagining not Josie and Chris in their homes, but the other children I would suggest to them when we had to tell them no.

Literally two days later, everything fell apart. The wonderful family that could take them both withdrew. Logistical issues cropped up with Chris’ Plan B option. During a depressed, defeated staffing, I told the team my ridiculous idea – that these two families could adopt both children, that they could all become one big family together. It was as good a straw to grasp at as anything, so we mustered our hope one more time.

I remember the meeting where we asked Ben and Amanda if they would be willing to reconsider Chris. I couldn’t decide whether I should compare Ben’s face to a man who’s just been punched in the stomach, or a man who’s just won the lottery. Amanda reached over, patted him on the knee, and told us they would surely discuss it. The worker and I walked out of that meeting, turned to each other, and said, “We got ‘em.” There was no question whether we had John and Heidi. They were crazy about Josie from day one.

Within a few days of each other, both families agreed. We worked with them to pick a day where we could tell the children, and again, only one day seemed to work. That day? Heidi told me it was her birthday, the only reason she had the day free, and it couldn’t have been a better present. It was also the anniversary of the first day I had met Josie and Chris. I remember on that day, I told Josie, “I’m your new adoption worker,” and her eyes got wide and she said, “I HAVE TO RUN AWAY NOW” before she bolted. Now, a year later, I got to remind her of that story. We had a laugh, and then I told her I hoped she wouldn’t run away this time, because I’d done my job, and there was a family in the hallway that would love to meet her. When I left them, Josie was parading John and Heidi around her treatment facility, stopping everybody to say, “These are my parents. What are your names again?” I packed up and drove to see Chris, whose foster mother had already spoken to him privately. I pulled up to the house, turned to the passenger seat to get my bag together, then heard a loud smack. Chris had plastered himself to my driver side window. “I HAVE GOOD NEWS!” he shouted as he pulled open my door and barreled onto my lap.

Later that day, I mentioned to Amanda what a wild and wonderful coincidence it was, that we were able to tell both children on the same day, that it was the anniversary of the first day I met them, that it was Heidi’s birthday, too. With large eyes, she turned to me and said, “You’re kidding! It’s Ben’s birthday!” I remember when I left them that day, Chris was leading Ben around by his pinky, showing him his room, showing him how far he could throw a bean bag, showing him his favorite toys. I remembered Ben’s face when we asked him about Chris, and knew we were leaving him in good and loving hands.

Six months later, the families invited me to attend their finalization hearing. I watched John try to hold back his tears as he made his oath to the judge. I saw Ben wrap Chris up in a huge hug after they left the bench. I saw both kids playing together, running to any of the four parents when they needed something. I saw the four parents with the beginnings of familiarity, a routine, an understanding of each other. They may not become the best of friends, I thought, but they’ll be perfectly good in-laws. And that was enough.

Fast forward to six months later, when I arrived at Como Town to watch them film this segment. I was overwhelmed by what I saw. More than in-laws, more than people thrown together by a strange coincidence, more than cordial acquaintances, John and Heidi and Amanda and Ben seemed like a family. It was more than I had ever hoped for, and it was humbling to realize that I should aim higher and hope much deeper for these kids, because it’s possible, and because they’re worth it.

Of course, this story isn’t done either. Who knows what each moment will lead to in the future for this one big family? There are still more “meant to be’s” for this family to encounter. But I am honored to have been able to be a part of this one small part of their story, to have swum through the sea of rejections, dashed hopes, and disappointments with the faith that the right family was still out there, waiting. Because this story has taught me to dream bigger, I hope this Kids Connection segment will help inspire workers, families, and children to think about family, siblings, and adoption differently. I am excited to show this video to others and explain to them, I’m not here to make a new family – I’m here to make a bigger family. Which is really what Ampersand is all about – the story doesn’t get an end, it gets an & and keeps going.

About Me Aubrey started at Ampersand Families in 2014 as a Permanency Specialist, and has been a Program Director since 2019. She received her MSW from the University of Minnesota, and attended the University of Wisconsin-Madison for undergrad, majoring in Psychology and African-American Studies, and minoring in Women’s Studies and LGBT Studies. She previously worked at the 4th District Guardian ad Litem Program and the North American Council on Adoptable Children (NACAC). Read More